Send us a message
Search for contacts here
Find a contact
Look for a job at Stora Enso.
Get a job
Published 20 July 2018
Conflicts about land ownership have a long history in Brazil and are a national challenge. They also affect companies that operate in the country. Veracel, our 50/50 joint operation, is located in the southern part of the state of Bahía and has worked with local authorities and NGOs to find best practices that can support the communities around its plantations.
Veracel supports the Sustainable Settlement Initiative (SSI), launched in 2012 to provide farmland as well as technical and educational support to hundreds of local families, helping them improve their income.


Life in a sustainable settlement

One such settlement, located in the municipality of Porto Seguro has a small school with nearly 30 children, a teacher and an assistant teacher, a driver, and a cook who makes snacks and lunches for the students. 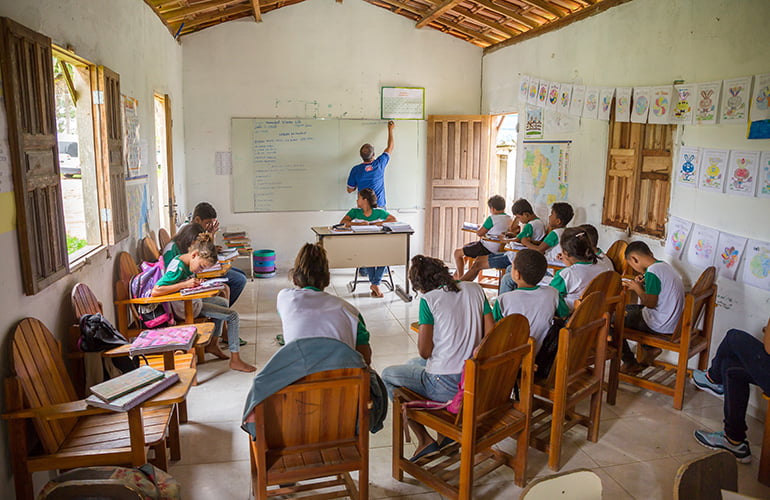 Each student has a favourite subject: some like mathematics, some Portuguese while others like art. Today they are studying medicinal plants.

Next to the school stands a nursery for plants like cocoa, grown by local families. In total, sixty families, about 200 people, live in this community and all of them earn their income from farming. "The plant nursery is a project for the community's youth. It is important to work with the future generation, thus ensuring they can envision this being their business one day," says Ronilson Rodrigues da Silva, the community representative. 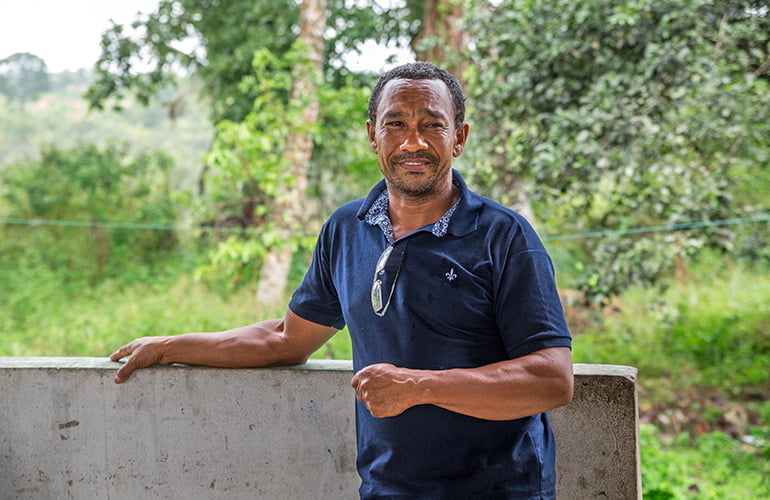 Ronilson Rodrigues da Silva emphasises how it is important to work with the youth living on Sustainable Settlements.

The construction of the nursery and school are examples of the support Veracel, through its SSI commitment, provides to the communities within the landless people's social movements. Veracel is committed to developing and supporting initiatives and projects in the municipalities where it operates, strongly focusing on projects that aim to improve the quality of education. Veracel's contribution can come in the form of supporting the building of schools, classrooms and libraries, or educating teachers, for example.

It is no secret that this area has been occupied several times. This community belongs to the Association Unidos Venceremos (Aprunve), one of the six officially recognised landless people's social movements with whom Veracel is in continuous dialogue. "Today this community is part of the settlement and the legal process regarding their claim to the land is ongoing with the authorities. Once that is finalised, the families can build something more permanent," explains Izabel Bianchi, Social Responsibility Specialist at Veracel.

Cassava, guava, cocoa, coffee, beans, banana – the family farmers plant two species together so that they always have something growing and something to harvest. There are not many sources of income in the region and many families live off the land. 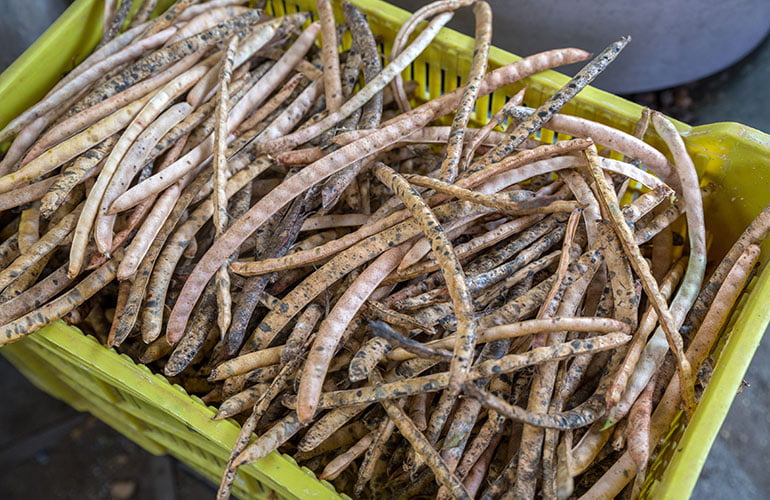 Families grow plants such as beans. By-products from farming are used for animal feed and bedding, so nothing goes to waste.

"Roughly 30% of the produce is sold to municipalities, like the city of Porto Seguro. All products are grown organically and if the farmers can get an organic certificate, the city will pay 20% more," says da Silva.

Veracel's community engagement work has a strong focus on land use as well as on local social and economic development. Through the Sustainable Settlement Initiative, the social movements have pledged to leave areas that have been occupied since July 2011. In return, Veracel has agreed not to seek to repossess areas occupied before that date. Resolving challenges as complicated as those related to Brazil's landless movements is no easy task, but Veracel is committed to supporting the settlement initiative and showing that family agriculture can co-exist alongside eucalyptus plantations.