Bookish delights – the most spectacular libraries around Europe

Published 22 November 2019 by Katja Pantzar Photos by iStock
Libraries, old and new, are much more than a place just to borrow books. Many offer a unique view into the splendour of a culture and history. They are also places to meet with friends, admire architecture, and even have a bite to eat. Here’s our curated tour of some of Europe’s most spectacular bibliothecas.

Known as a nation of book lovers and ranked as the world’s most literate nation, Finland is a land of libraries. In the capital, Helsinki’s new flagship library Oodi has quickly been adopted as the city’s new living room since its opening in late 2018. The striking building designed by ALA architects features numerous spaces for people to meet with friends and participate in a wide variety of activities from readings to workshops. The multi-level complex is also equipped with 3D printing gear, sewing machines, rehearsal rooms for musicians, and a small cinema. For refuelling, the onsite café serves up Finnish flavours.

A copy of everything printed or published in the country since the 1600s is archived by the National Library of Sweden in Stockholm. With more than 18 million items, Kungliga biblioteket (the Royal Library) also has TV and radio programmes, movies, computer games, and videos. Downstairs in the cellar vault, Sumlen restaurant serves lunch on weekdays with a menu that includes vegetarian, vegan, lactose- and gluten-free options.

Nestled within Rome, Vatican City State lays claim to having possibly the only library in the world that requires a passport for entry. The Vatican Library, established in 1475, stocks a significant collection of historical texts with 75,000 codices and more than one million printed books within its frescoed Renaissance halls. Also known as the Vat, the Vatican Library showcases Roman, Greek and papal coins and medals.

The Renaissance period Royal Library of San Lorenzo de El Escorial, located within a monastery and palace complex just outside Madrid, was the first library to display books and manuscripts on shelving cases along the walls rather than in bays, as was the custom prior to the 1600s. Their collection of more than 40,000 books and manuscripts covers everything from philosophy to politics in different languages, including Nahuatl, the language of the Aztecs. Exquisite ceiling frescoes depict the seven liberal arts: rhetoric, dialectics, music, grammar, arithmetic, geometry, and astronomy.

The land of Shakespeare brims with bookish getaways, such as Oxford University’s Bodleian Library which looks like it’s straight out of a Harry Potter novel; in fact, the main research library at the venerable university was featured in four of the Harry Potter films. It’s also one of the oldest and most extensive libraries in Europe with more than 12 million items.

At the Rein Abbey Library, which is inside a monastery founded in 1129, manuscripts from the Middle Ages prepared in the scriptorium and treasures, such as calendar table from Johannes Kepler and an original Luther bible from 1569 are on display.

The Instagram-worthy Rococo Hall at the Duchess Anna Amalia Library in Weimar is a gorgeous part of one of Germany’s most famous libraries, which houses a significant collection of German literature and historical documents including literary records from the 9th through the 21st centuries. The library building is part of a UNESCO World Heritage site named “Classic Weimer.”

In Paris’s 13th arrondissement, close to the Seine and near many of Paris’s top universities, is one of the largest libraries in the French capital. Built in 1966, Bibliothèque François Mitterand includes four, seven-story towers and a lovely garden for socialising and, of course, reading.

And last but not least, just outside Lisbon, tucked inside the monumental baroque and neoclassical Palace of Mafra monastery, is the Rococo Library. It is considered to be a treasure trove of western knowledge with its vast collection that includes incunabula, an early version of the printed book. The library is also known for its homing bats, which protect the books from insect damage.
Bon voyage and happy reading! 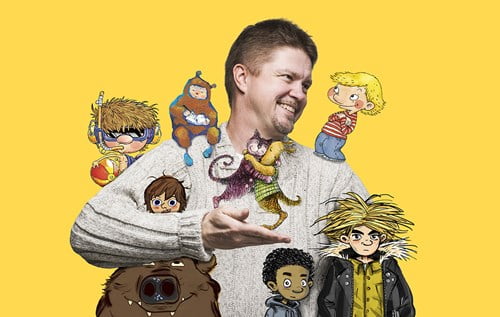 According to Finnish children’s author Timo Parvela, reading is giving children moments they will remember for their whole lives. He sees reading as an essential life skill that’s only becoming more valuable.