The alternative to ready-meal plastic packaging

I've got questions about The alternative to ready-meal plastic packaging.
I'm looking for the person responsible for The alternative to ready-meal plastic packaging.
Published 5 July 2021 - Eco-friendly packaging - Plastic replacement
Ready meals are extremely convenient. You just pop the entire package in a microwave and hey presto, it’s good to eat. But these meals are usually packaged in plastic and it probably hasn’t escaped anyone that we need to find alternatives.

Most of us don’t see the plastic problem up close but after spending many years travelling through South East Asia, I was horrified with the amounts of plastic litter and how you just couldn’t escape it - plastic trash was everywhere. And plastic doesn’t just go away. It’s there for hundreds of years. It’s one of the reasons why I’m working with packaging today. To try to contribute to a better solution.

But let’s start by giving this fossil-based material some credit so that we can understand what’s needed to replace it.

Plastic has useful technical properties when it comes to protecting food. It can keep oxygen out for example and help food stay fresh for longer. Even our paperboard-based Trayforma material has a thin plastic barrier. So, plastic is good when you have to maximise food safety but its use come with a price that is not only monetary. It’s made from oil, a finite resource and using it accelerates climate change.

Plastic has also been cheap to produce. This is both an advantage and a problem. Given the environmental impact it causes and the CO2 emissions required in producing plastic, some say we should be treating it like ‘gold.’ In other words, we should be using it scarcely, but the low price makes it difficult for it to be valued in such a way.

Can we replace it? Can we find an alternative to plastic that does the same job? One of the solutions we already have available is Trayforma, as mentioned above. This is an ovenable tray and has in fact been around for over 20 years.

It can certainly replace plastic in a lot of instances for ready meals and to really understand what kind of environmental benefit it would make to switch from plastic to Trayforma, Stora Enso commissioned VTT Research Centre of Finland to do an LCA (lifecycle assessment) study back in 2016.

The study compared Trayforma trays with 100% CPET plastic trays but also with trays using different amounts of recycled PET as their raw material. In the study, trays from paperboard came out as the ones with the smallest environmental impact in almost all of the environmental impact categories. The difference between paperboard and 100% CPET was the largest and the differences were particularly substantial when it came to the amount of fossil-based materials used (fossil depletion) but also terrestrial acidification (the amount of acids finding their way onto land from airborne nitrogen and sulfur emissions). There were also significant differences on climate change between the two.

A common perception is that recycled materials always have lower footprints, but it is not necessarily so. For example in this LCA, trays made out of virgin fibres showed benefits in many environmental impact categories against recycled PET. Recycling is important and it is important to have products using recycled materials, but the selection of materials should be done so that both virgin and recycled materials are used in solutions where they make most sense and lead to smallest environmental impacts. Trayforma is made out of virgin fibres from sustainable forests that keep growing back, and the fibres in Trayforma can have several lives after they have been used to pack ready-made meals.

Packaging won’t solve the entire plastic pollution problem. It’s a joint-effort, in which we have to think about the whole value chain, and consider things like human behaviour, waste management and regulations.

For me, the good news is that the sustainability question is right at the top of a lot of people’s agendas now, much more than it was even just a couple of years ago. This gives me hope for the future. When it comes to packaging, I’m also optimistic. I get a bit obsessed about looking at packages and how we can make them better and I think we have made great progress.

There is already an alternative to plastic that protects the food and comes from a renewable resource. It’s been around for some time and has been developed over the years to compete with its fossil-based competitor. Would it now be a good time for you to make the switch?

Get in touch with me or one of my colleagues and we can talk more. 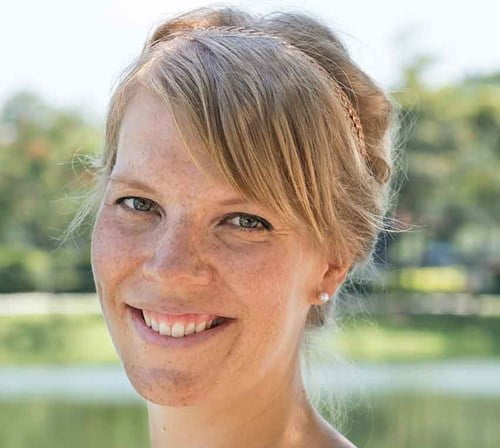 Marjukka joined Stora Enso Packaging Materials Sustainability team in 2019, her main responsibilities being in LCA-related matters for food service board, comparative LCAs and supporting customers in their LCA-related questions. Overall, she has been working with sustainability and LCA for over 14 years in both research and industry. 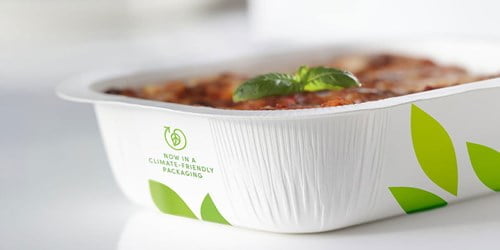 If you want to see how big the impact could be, you can do a quick assessment with Trayforma environmental impact calculator.

The calculator is based on the LCA study and it’s an easy way to get an idea of what you can achieve with the replacing plastic with Trayforma.

When you’re ready to make the switch, we are here to help!”