Alive and Kicking– a look into the future of magazines

Published 27 November 2019
We’ve all heard the story – print is on the way down. From 2011 to 2018, retail sales of magazines in the UK fell by 54%. Subscriptions are dwindling and ad spends on the decline. No one reads magazines anymore. Or do they?

In the spring of 2019, Finland’s yearly national media survey delivered some fascinating results: among the 95 magazines included, only two showed a statistically significant decline in readership. The readership of the top three grew by 30%. Among the growers, we see a common thread: specialization.

The future of magazines is alive and kicking – and more varied than ever.

The yearly media survey conducted by Media Audit Finland has traditionally provided grim reading for many publishers. This year, however, the mood was far from grim. All in all, readership was on the rise in six categories: health and wellbeing, occupational and organizational, women’s interest, cars and technology, financial and business and family magazines. The biggest change was seen in the health and well being category, where readership increased by nearly 80 000. In a technology-driven world, much of the growth comes from digital channels, but still – Finns prefer their magazines in print.

On the flipside, some of the biggest declines can be seen in the general interest and customer magazine categories. This begs the question: is the future of magazines more differentiated than ever?

Although not as clear, a divide between the general and the specific can be seen in the UK, as well. According to figures by Statista, general interest magazines are down by 7.3%, news and current affairs by 11.9%.

When it comes to readership medium, however, the United Kingdom stands as one: print is still the way forward. In another Statista survey, a mere 7% of respondents state their willingness to go cold turkey on print – only reading ebooks and electronic magazines in the future. In the same survey, 23% swear off electronic books, newspapers or magazines altogether. As is often the case, the truth lies somewhere in the middle: 66% of UK readers say their future reading will be a cocktail of equal parts print and electronic.

One year-on-year shift does not a trend make, but these changes do seem to fall in line with large-scale societal changes. As with other markets, the reader of the 2020s, too, appreciates personalization and choice. Choice on what to read, where to read and how to read it. 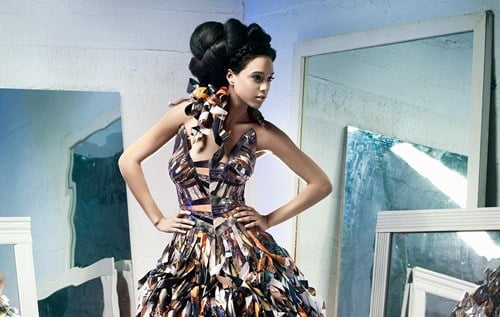 Choosing the right paper for a high-end magazine is a delicate puzzle. All the bits and pieces have to be in place to convey the desired message and support the brand.