Published 4 June 2020
Stora Enso’s CIO Teemu Salmi has been awarded CIO of the year in the event organised by Alma Talent. Teemu was recognized for the significant impact that information technology and digitalisation have had on enabling Stora Enso’s transformation journey from a traditional paper and board company into a renewable materials company.

Strategic focus on innovation, information technology and digitalisation are enablers for Stora Enso to accelerate the transformation into better serving customers with renewable products and new services.

The CIO of the year has been awarded already 15 times. The award recognizes organisations and their information technology leaders for significant achievements. The recognition is based on the grounds on well managed infrastructure and technology environments, as well as for proactive contribution to new business opportunities with help of technology. This year, Stora Enso’s CIO and Head of IT & Digitalisation, Teemu Salmi, was awarded CIO of the year prize.

“Amongst the competition of over 150 CIO’s in Finnish companies, Teemu Salmi was selected winner of the 2020 CIO of the Year Awards. They jury recognizes how Teemu in his position is contributing to making technology, digitalisation, and startup collaborations becoming integral parts of the company’s overall strategy. Moreover, his responsibilities for IT as well as digitalisation and group process development far exceed those that were typical for CIOs only some years back”, says Tomi Dahlberg, chair of the jury.

“I am truly happy and grateful to have been recognized for this award. I also want to emphasize that it has been a team-effort, where the whole IT & Digitalisation organization has been part of making it happen. The award shows that Stora Enso is on the right path in terms of enabling our business with technology and digitalisation,” says Teemu Salmi.

The CIO of the Year 2020 was announced on June 4 in a live-sent webinar and the prize ceremony and gala will be held later this year. 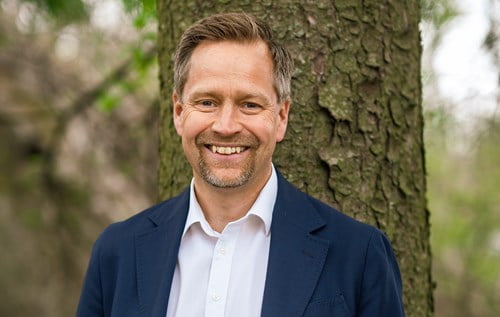 CIO and Head of digitalisation

As CIO and Head of Digitalisation in Stora Enso, Teemu is accountable for the Group level strategy and execution of all IT services as well as the strategy for Group Digitalisation. Additionally, his responsibilities include keeping the Group process development together.

Previous to joining Stora Enso, Teemu has more than 18 years of senior and executive leadership experience in a variety of industries. His past roles have covered leadership positions in the telecom industry and leading sales, as well as leading delivery and transformation of large business. In his most recent role, prior to joining Stora Enso, Teemu was Ericsson’s SVP IT & Cloud in the Region Middle East and North-East Africa.