Picadelihas 2 300 salad bars throughout Europe and the USA. With a strong focus on sustainability Picadeli have set up a target to reduce their usage of plastic by 50% by 2025. Because of this, they wanted a plastic-free lid for their take-away packaging.

Picadeli’s concept is self-serving salad bars where the consumers pick and mixes their own salads. From the start Picadeli used plastic bowls and plastic lids. The bowl was changed to a cardboard bowl a few years back. Leaving the next challenge for Picadeli: Replacing the plastic lid. 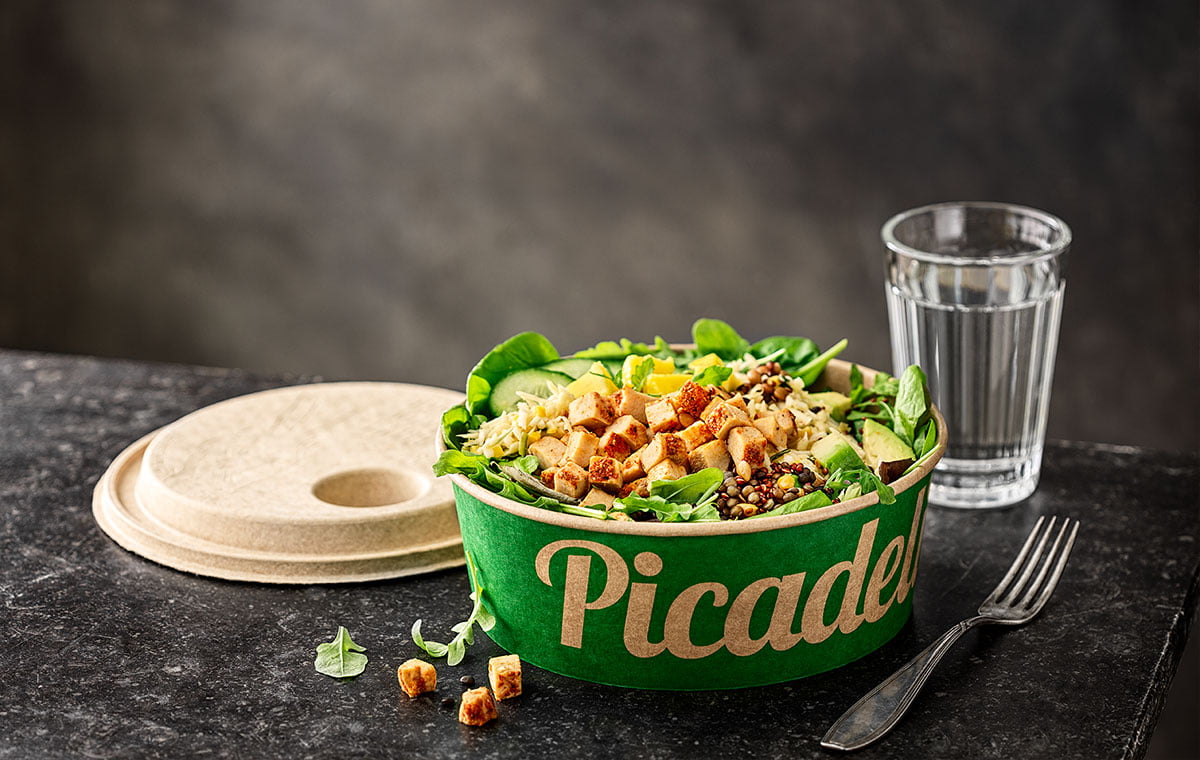 “We searched for a paper-based lid and started to discuss possibilities with Stora Enso. They introduced us to formed fiber which sounded great, but what would our customers think? As they won’t be able to see the salad through this type of non-transparent lid,” says Christine Soome, Food Concept Developer at Picadeli.

Together, Picadeli and Stora Enso developed a lid made out of formed fiber. Formed fiber is an eco-friendly material made from wood fibers.

“These types of lids only existed for drinking cups but not in bigger sizes. We had to develop a brand-new product that no one had done before,” says Yujia Zhang, Product Manager, Stora Enso.

The new formed fiber lid, as other Stora Enso PureFiber products for take-away food, is plastic-free, recyclable as paper, biodegradable and free from PFAS and other forever chemicals.


Designed for the consumers 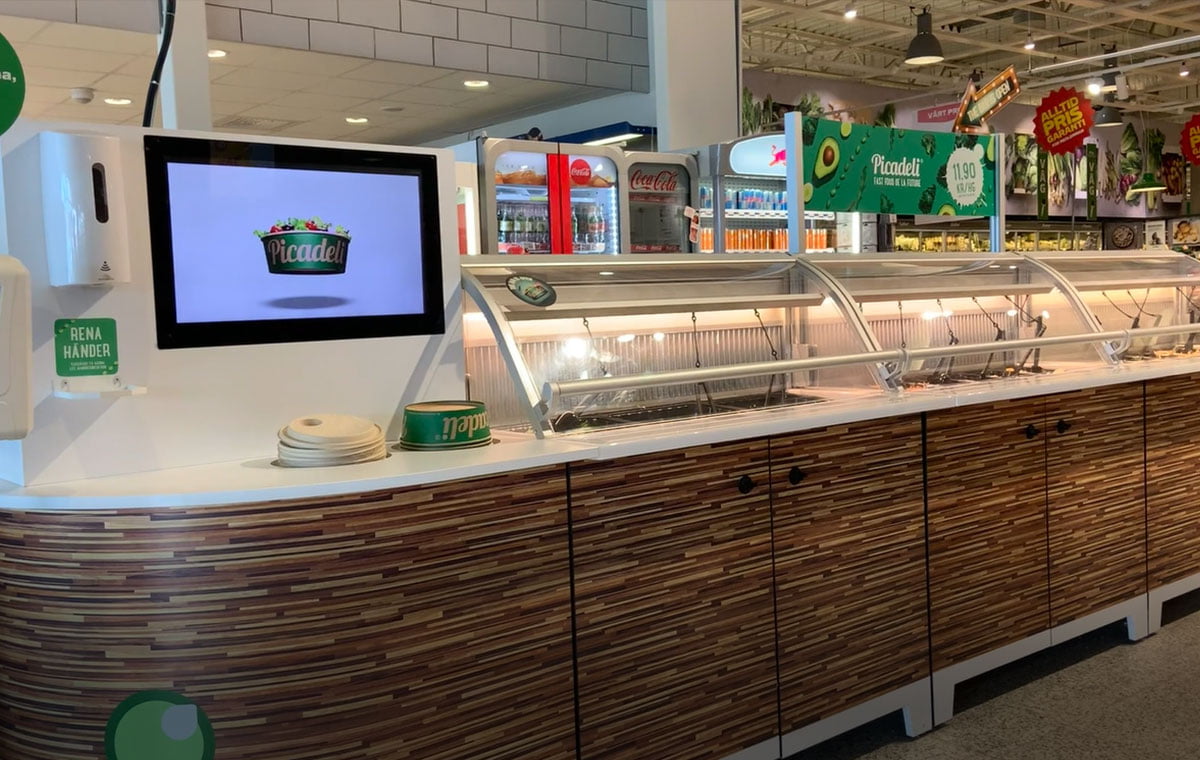 And it turns out, Picadeli’s customers love it.

“Yes, we tested the first prototype in a big mall in Gothenburg. I was there myself and got comments like ‘finally, the plastic lid is gone!’ Since they pick the salad themselves the need to see the food after closing with the lid was non-existing”, says Christine Soome.

Other features are, a “puff” sound the lid makes when it’s attached to the bowl, proving that it’s tightly sealed. Also: You can stack salad packages on top of each other for easy carrying and the lid has a round compartment suitable for a dressing cup. The design was a collaboration between Picadeli’s marketing department and Stora Enso’s packaging designer. Picadeli did the graphic design for the debossing on the lid whilst Stora Enso was responsible for the structural design.

“We’ve been close partners in all steps which is a big part in the success, it’s not been a customer/supplier relationship but a cooperation between our companies. It has been great fun and very rewarding!” Christine ends.

Picadeli will replace 10 000 000 plastic lids yearly with the PureFiber™ lid which will reduce their plastic waste with approximately 120 tonnes annually.  The carbon footprint of the PureFiber™ lid is up to 75% lower than alternative materials such as plastic or bagasse.