Better livelihoods from fishing in Brazil

Published 9 November 2018
How much difference can one pier make? A lot, if you ask the fishermen of Santa Cruz Cabrália in Brazil where Veracel, our 50/50 joint operation, voluntarily supports local fishing communities in various ways.

Veracel and local fishermen working at the ports of Belmonte, Santa Cruz Cabrália, and Santo Antônio in the Bahía region, work together to improve the livelihoods of local fishermen.

Fishing is not large-scale in Santa Cruz Cabrália but it is an important source of income for the local communities. “We don’t have a lot of opportunities here other than tourism, so being able improve our livelihoods is really important,” says a man who has been a fisherman for 35 years.

Veracel provides the infrastructure to support the commercialisation of fishing – such as a new pier for boarding and landing. 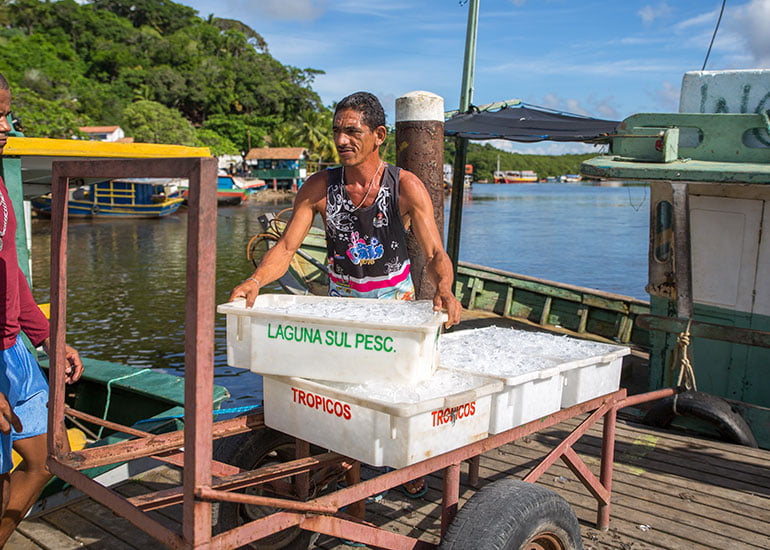 “It’s now much easier to load and unload the boats with fish and ice,” says the fisherman. “Before the pier, we had to load the boats on the beach.”

An important way to improve the income of fishing communities is to help collect data on how much fish is caught and sold. Systematic data collection helps the fishermen justify their need for government support for initiatives such as new infrastructure. Veracel has been monitoring fishing in Belmonte and Santa Cruz Cabralia since 2014.

In 2017, the fishing monitored by Veracel had a retail value of more than EUR 720 000 and created further value in the local economy for restaurants and businesses selling seafood on to their customers. For Tarciso Matos, Coordinator of Environmental Control at Veracel, collection of this data means that Veracel can enhance its support for fishing as a livelihood. “The reporting guides our ongoing work with the fishing communities and also helps them to gain support from local government,” explains Matos. 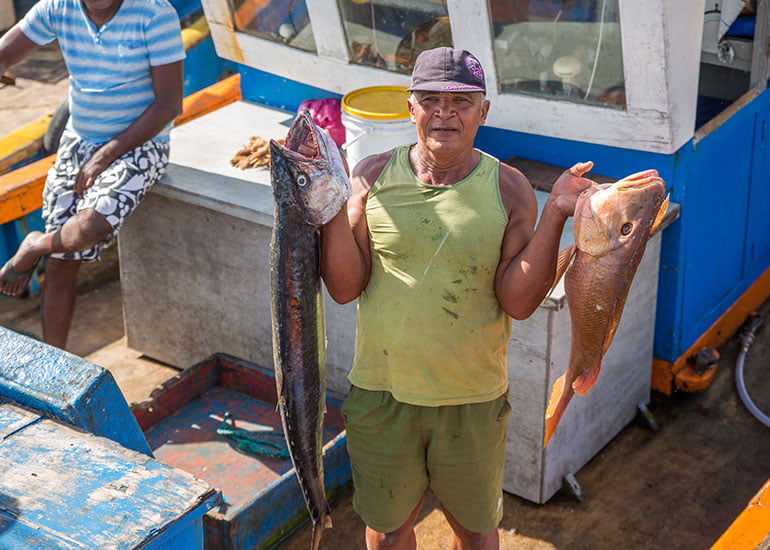 According to fishing records in Santa Cruz Cabrália, the most common fish caught in 2017 were bajedo (whiting fish) and dourado (golden fish) followed by large and small prawns.

As the temperatures can get even higher than 35 °C degrees in Bahía, ice is essential for food safety. Fittingly shaped like an ice cube, the small white ice factory in Santo Antônio provides ice to three nearby communities, mainly local fishermen and restaurants. Sponsored by Veracel, the factory has helped the day-to-day activities of many locals since it was opened in March 2018. 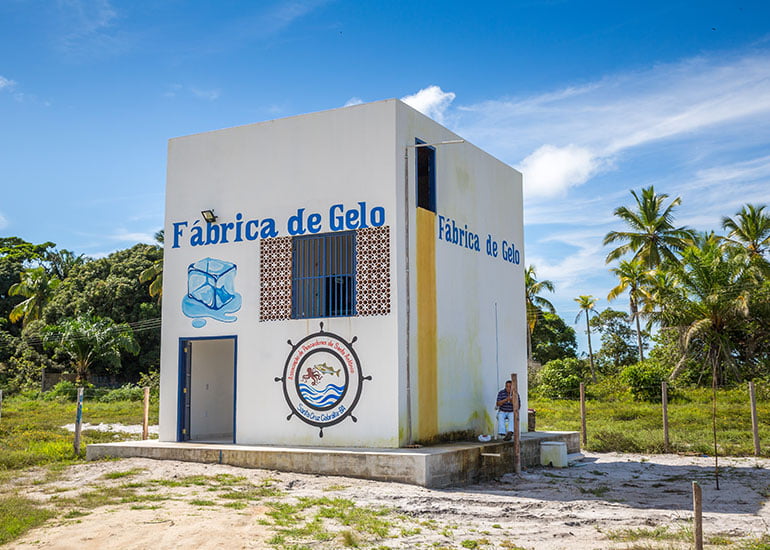 The ice factory is an example of a project that was first proposed by the fishing community itself. After several meetings and thorough planning with Veracel, the factory is now in operation. Veracel’s support for the project also includes technical training on the optimal use of the ice machine. The factory produces enough ice for the entire fishing industry of Santo Antônio. 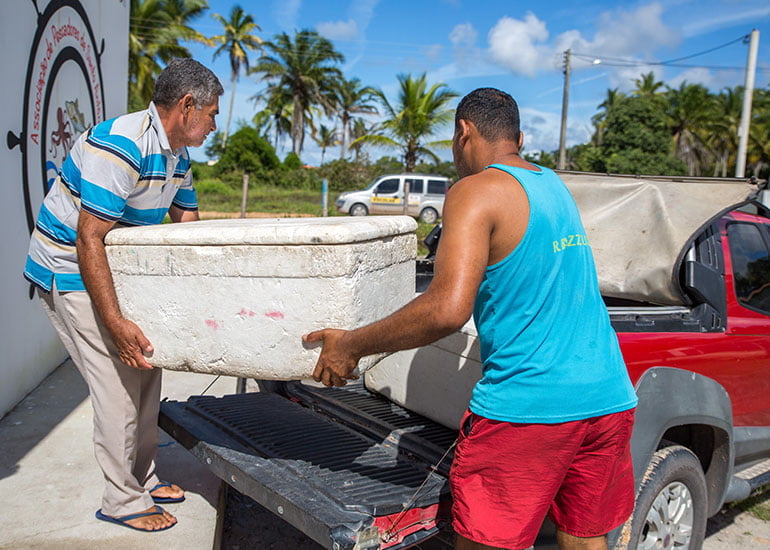 Ice can differ in quality and shape, which defines how easy it is to handle it.

Veracel and the fishing communities have also joined forces on a smaller project to collect sea waste. The project promotes responsible fishing by raising environmental awareness and encouraging fishermen to collect their waste while out at sea in garbage bags made from fishing net. The fishing net garbage bags float because water runs through the net instead of adding to its weight, and they do not easily break when boats are at sea. The city collects the waste once boats return to shore. Veracel has contributed to the initiative by helping to install the bags. 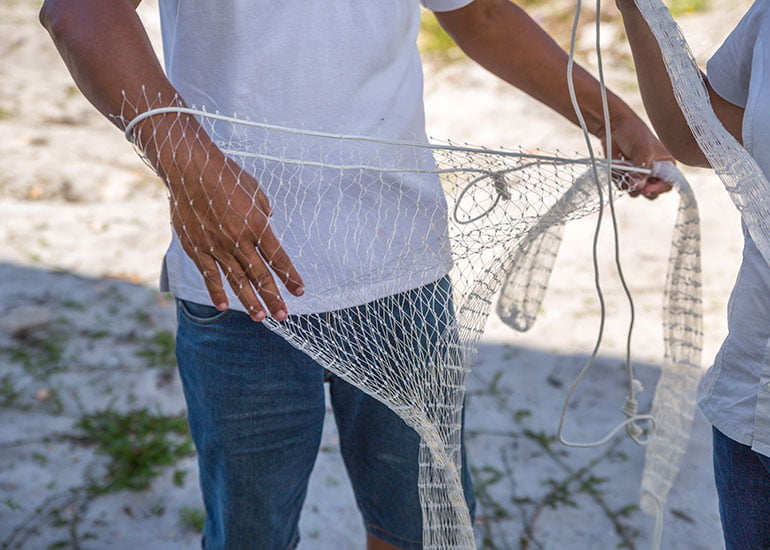