Stora Enso’s Beihai Mill, located in Guangxi province, uses large quantities of water in its production processes. The mill produces renewable board for consumer packaging, and is situated beside the South China Sea, which allows the transport of goods by sea. Having industrial production so close to the sea shore requires special considerations for the marine environment as the South China Sea is sensitive to pollution and local communities depend on fisheries and a healthy marine environment for their livelihoods.

“Large amounts of water are circulated in our production processes, as the structure of board is dependent on the use of clean water. Water is also used and circulated for the cooling of machinery at the mill,” says Mill Manager Weiyan Zhu. “The vast majority of the water we use is released back into the environment – to the sea – after being carefully purified.”

Beihai Mill, which began operations in 2016, is equipped with the most advanced water purification technology in the world. The mill uses a method called tertiary treatment to remove nutrients such as phosphorus and nitrogen and practically all organic matter from waste water. Beihai Mill’s water discharges far exceed industry best practices set by the International Financial Corporation (IFC).

“The water we release to the sea is significantly cleaner than the sea water,” Zhu explains. “We even have tilapia fish living in the discharge pond – they really thrive there.”

Read more here about how the employees of Beihai Mill help protect the sea. 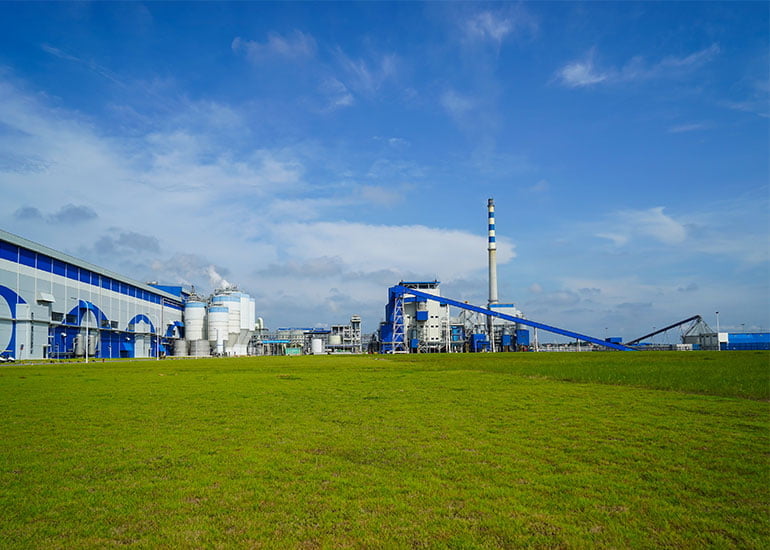